By Olivia Levez
So this year at my school, I'm organising World Book Day.

I've run World Book Day before, but this one is special. Because it also happens to be the launch date of my debut novel.This means assemblies on growth mindset to plan, and costumes to decide (will Jack Merridew from Lord of the Flies be OK, and should it be pre or post pig blood?) and tweets to retweet, and blog posts to write, all the time whilst bringing my WIP character to a climax, structurally speaking. My YA book is a castaway story called The Island. Planning my assemblies got me thinking about what survivors and authors have in common.

Here’s the thing.
Google ‘tampon’ and ‘survival’ and you will find many pictures of men in woods, gazing solemnly at Lil-lets on logs. From water filters to bandages, fire tinder to blow-darts, it seems that tampons are much revered as a crucial part of any serious survival kit.
It seems that survival is all about creative thinking. You’ve just got to think outside the (tampon) box.

Part of my research for The Island involved finding out about the Tom Hanks film, Cast Away. The story goes that the writers, in pooling ideas for the film, brainstormed as many random objects as they could, giving these to survival experts to tell them how they could be used in a survival situation. These were then cast up for Hanks' character to find, in Fed Ex parcels.
Just like a castaway knows instantly that her pair of tights is going to make an excellent slingshot as well as keeping the mozzies at bay, any writer worth her sea-salt can make random connections and constantly surprise. Having a co-star that’s a volleyball? He’ll be called Wilson, right? Genius.

If that fire doesn’t light the first time, if that flint isn’t making a spark, the only thing to do is to keep on trying. Each failure is a baby step closer to making fire, just like each new word is another word closer to getting that agent deal.

3. Having a growth mindset

Marooned on a desert island, it's crucial to learn from feedback. Why isn’t that fish or fire catching? Examining each failed attempt gives a survivor information on what she could do differently next time. Ditto for writing. There's nothing like joining a critique group and being brave enough to submit your two thousand words for objective scrutiny, to develop your writing skills.

5. Ability to cope with enforced isolation

Writers have their Room of One’s Own, castaways get their island. One of the major challenges of the castaway, far more than the physical endurance,  is enforced isolation: being forced to live inside her head and be alone with her thoughts for weeks on end. Which is kind of what writers do for a living. 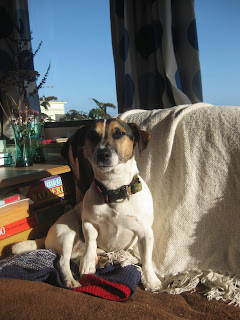 Inside my writer's hideaway, my caravan

It doesn't matter if it's a fish or a reader, being able to reel them in is yet another thing that writers and survivors have in common.

Keeping that fire going, whilst fixing the roof on your shelter, whilst boiling the next batch of water - it's all in the day's work for a castaway. As for writers?
Blog post, tick. Link to growth mindset, tick.

Oh wait, I think I have my assembly… 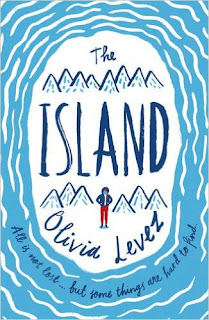 My debut YA castaway adventure, The Island, is out on 3rd March.
You can buy it here. 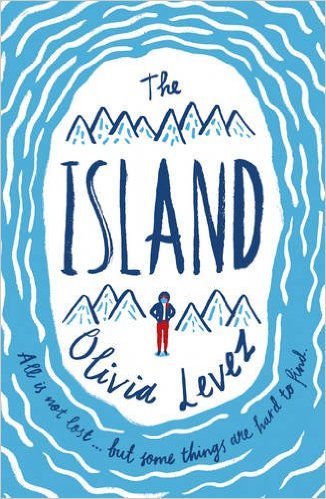