2 pm onwards, and the very top floor of Birmingham High Street Waterstones is buzzing with writers, readers and bloggers.
Tables are crammed with all the latest YA reads and writers stand around with sticky white labels on, signing books and waiting their turn for their 2 minute elevator pitch.
It's the long awaited UKYA Extravaganza... 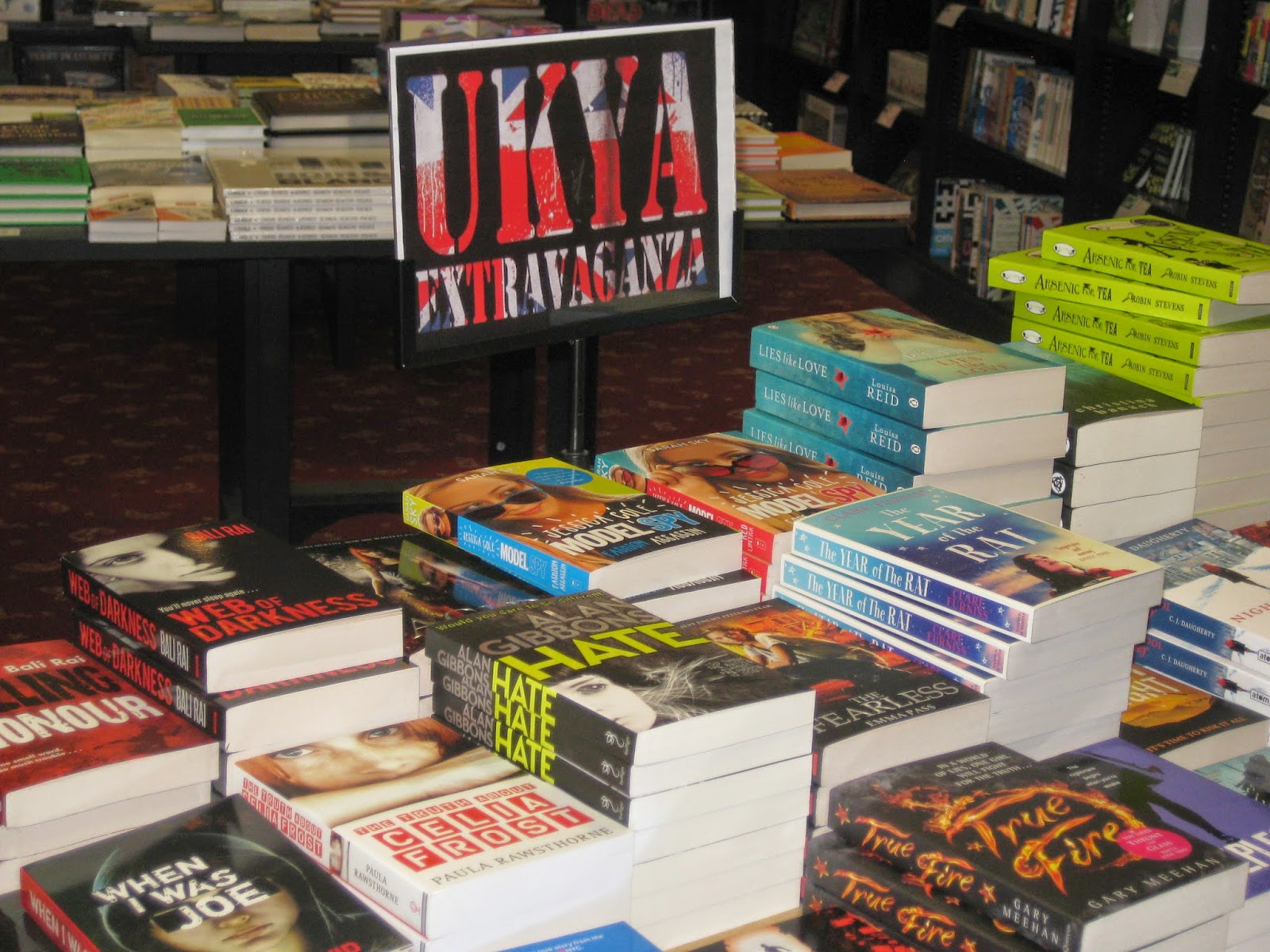 Clutching my copies of Murder Most Unladylike and its sequel Arsenic For Tea, I ask the author, Robin Stevens, how she came up with the idea for her Agatha Christie/Malory Towers mash-up.
"Well, I went to Cheltenham Ladies College as a boarder and really wanted to use the setting where I'd spent such fun times and add a darker twist - I've always loved Agatha Christie mysteries," she tells me.
And why did she use a Chinese girl as her protagonist?
"That's easy. There were lots of Chinese girls in my boarding school and as an outsider myself - I'm American - I really wanted to write from that point of view." 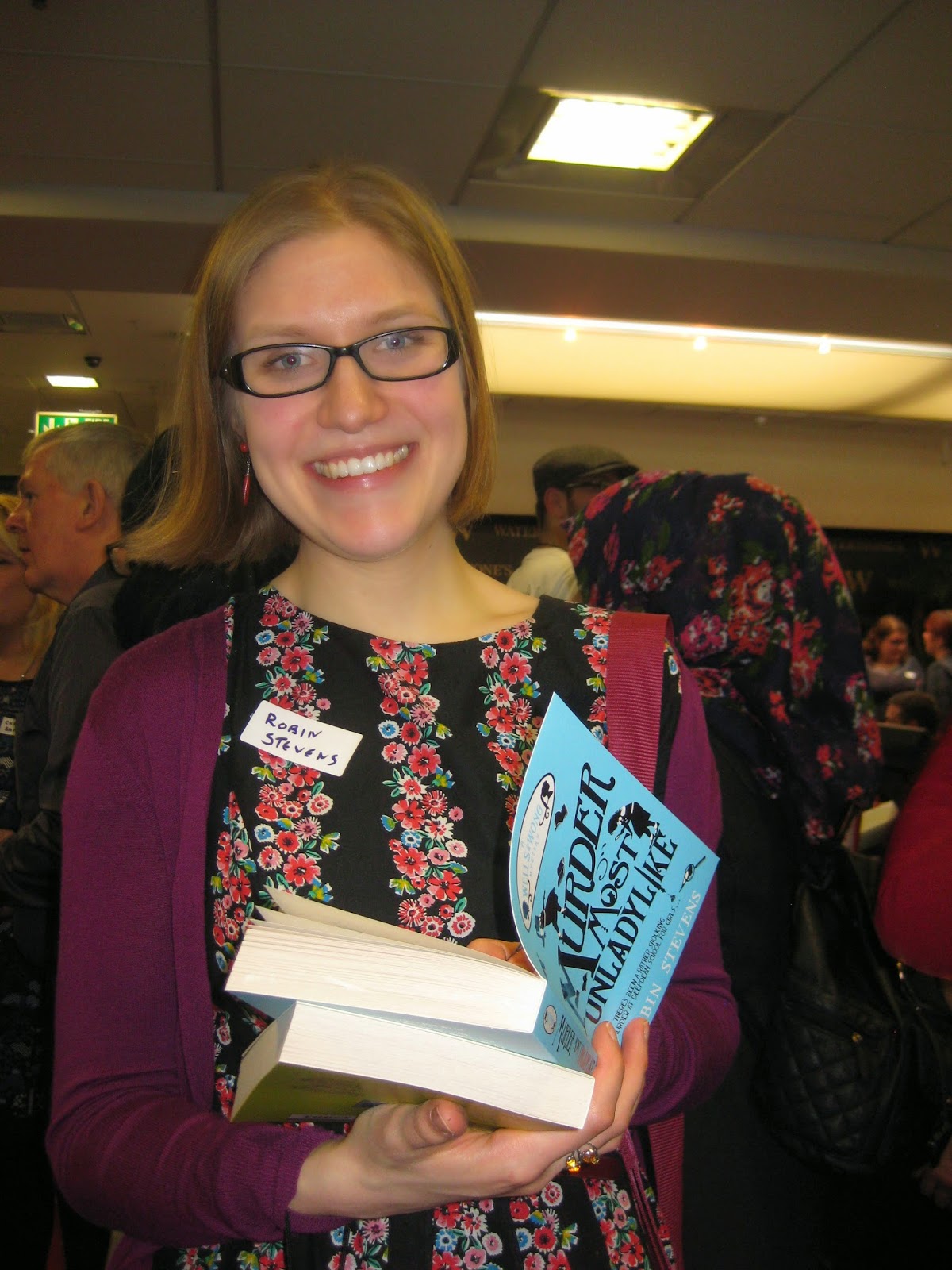 Robin Stevens
We are interrupted by the next panel, and this time it's the turn of Sarah Naughton to pitch her two books, The Hanged Man Rises and The Blood List - a Medieval tale about a Changeling boy left in the woods. Sarah talks about her research for the story, inspired by watching a Tony Robinson documentary and reading about the disturbing things they used to do to so-called fairy babies.
Rhian Ivory reads the very tense and creepy prologue of her new book, The Boy Who Drew the Future - the ending of which came to her in a dream - and then it is the turn of Caroline Green to pitch her YA horror, Cracks.
"I basically put my character through hell," she says, after describing how she got the idea after gazing at a crack in her bathroom tiles, and wondered what would happen if it just kept on going... 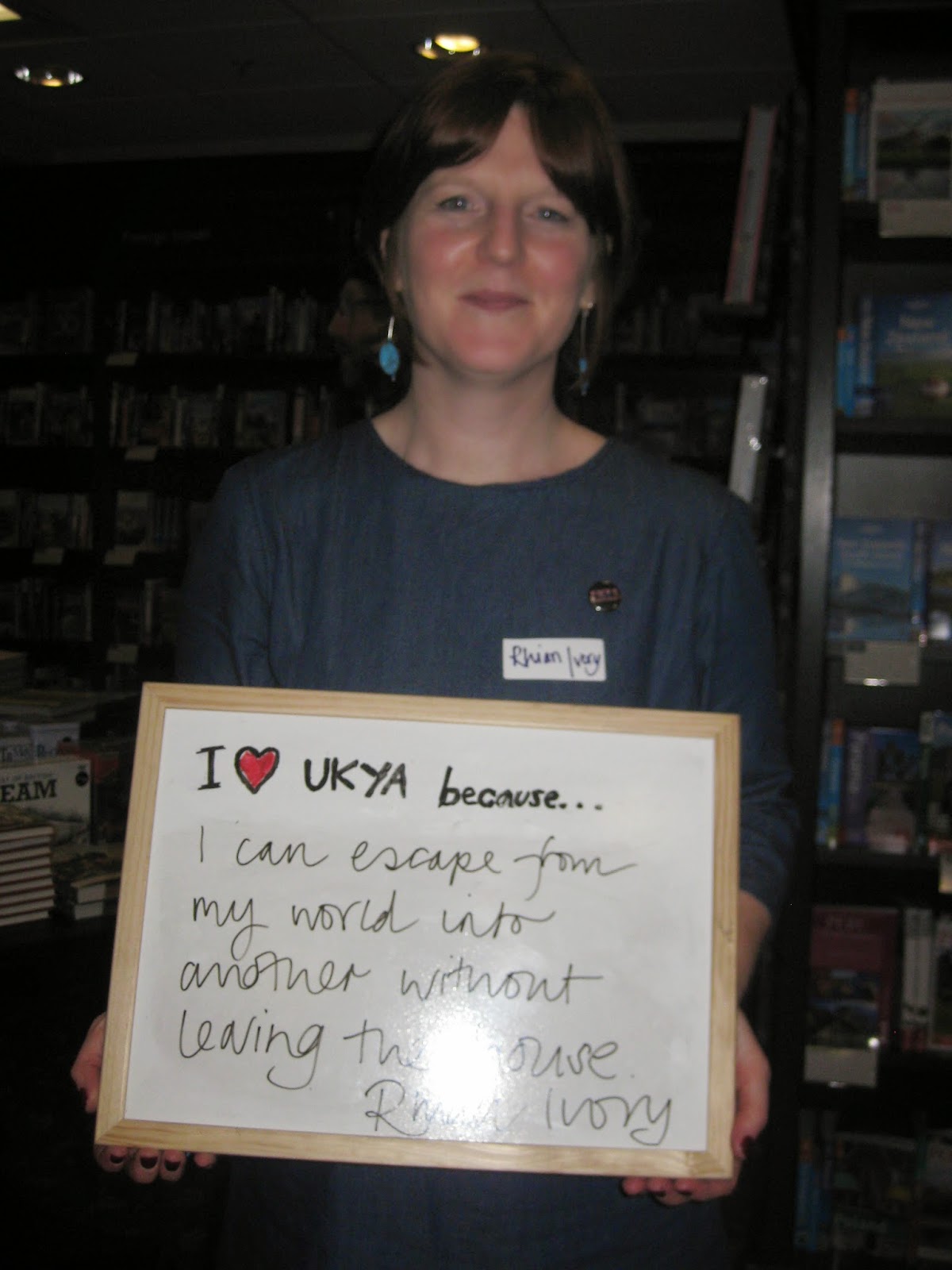 Rhian Ivory
Next, CJ Daugherty tells us about her Night School series- "based on Eton if it were cooler, scarier and more murderous" and says she was inspired by a photo in a paper of the notorious Bullingdon Club - the elite secret society where most of our leaders wreaked terribly posh havoc.
Kendra Leighton was inspired by teaching Alfred Noyes famous poem The Highwayman in the classroom for her debut novel, Glimpse, a ghost story set in the present day. 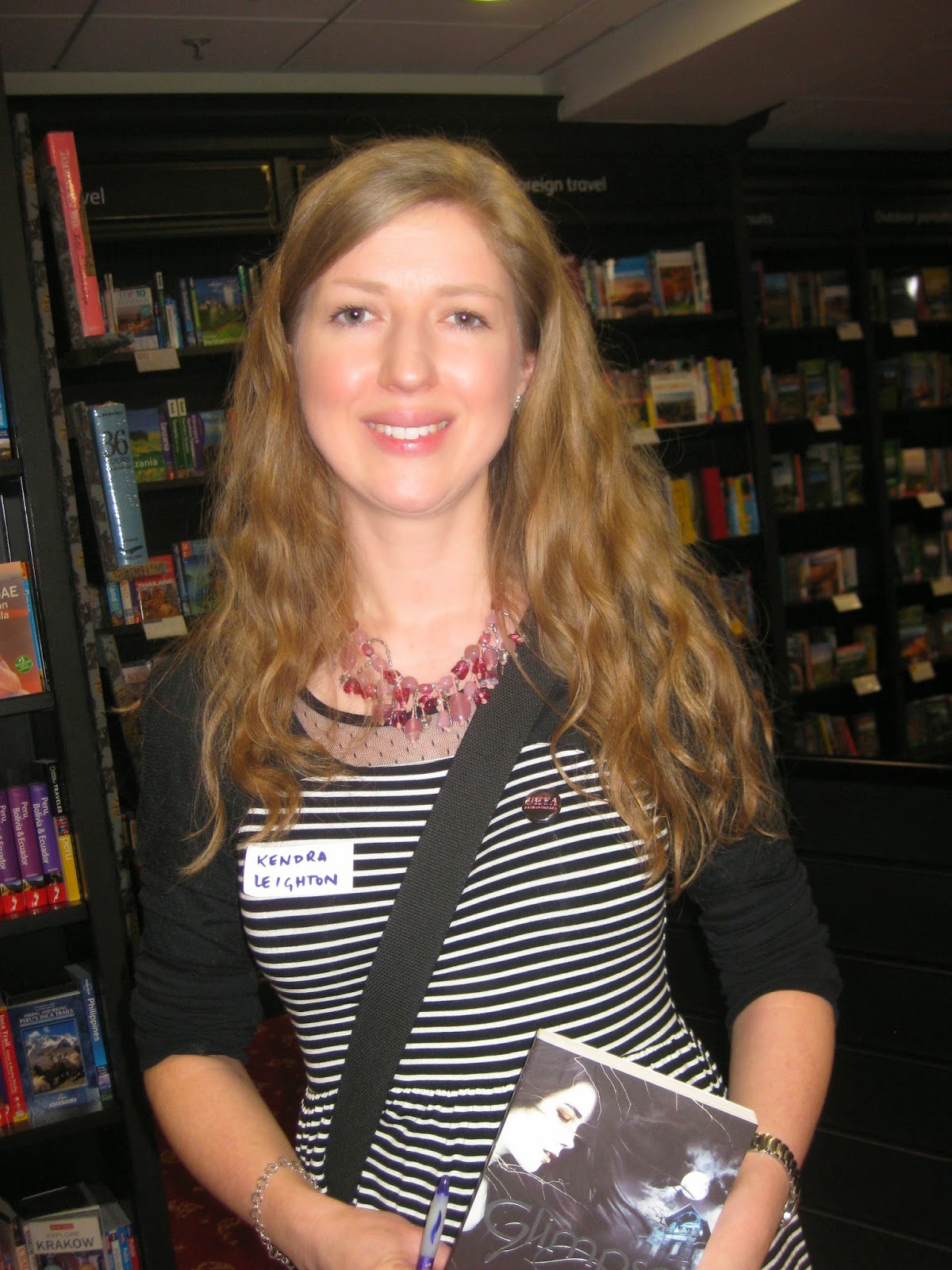 Kendra Leighton
Pitching books is a daunting experience, with co-organiser Kerry Drewery shouting "ten seconds" each time a writer wavers near the end of their strict time, however it means that the event runs like clockwork as we are plunged from one story-world into another.
Alan Gibbons stands up and manages to squeeze in a passionate argument against the closure of libraries into his pitch. Inspired by the tragic true-life story of Sophie Lancaster, murdered because she was a goth, he talks about his latest book, Hate. 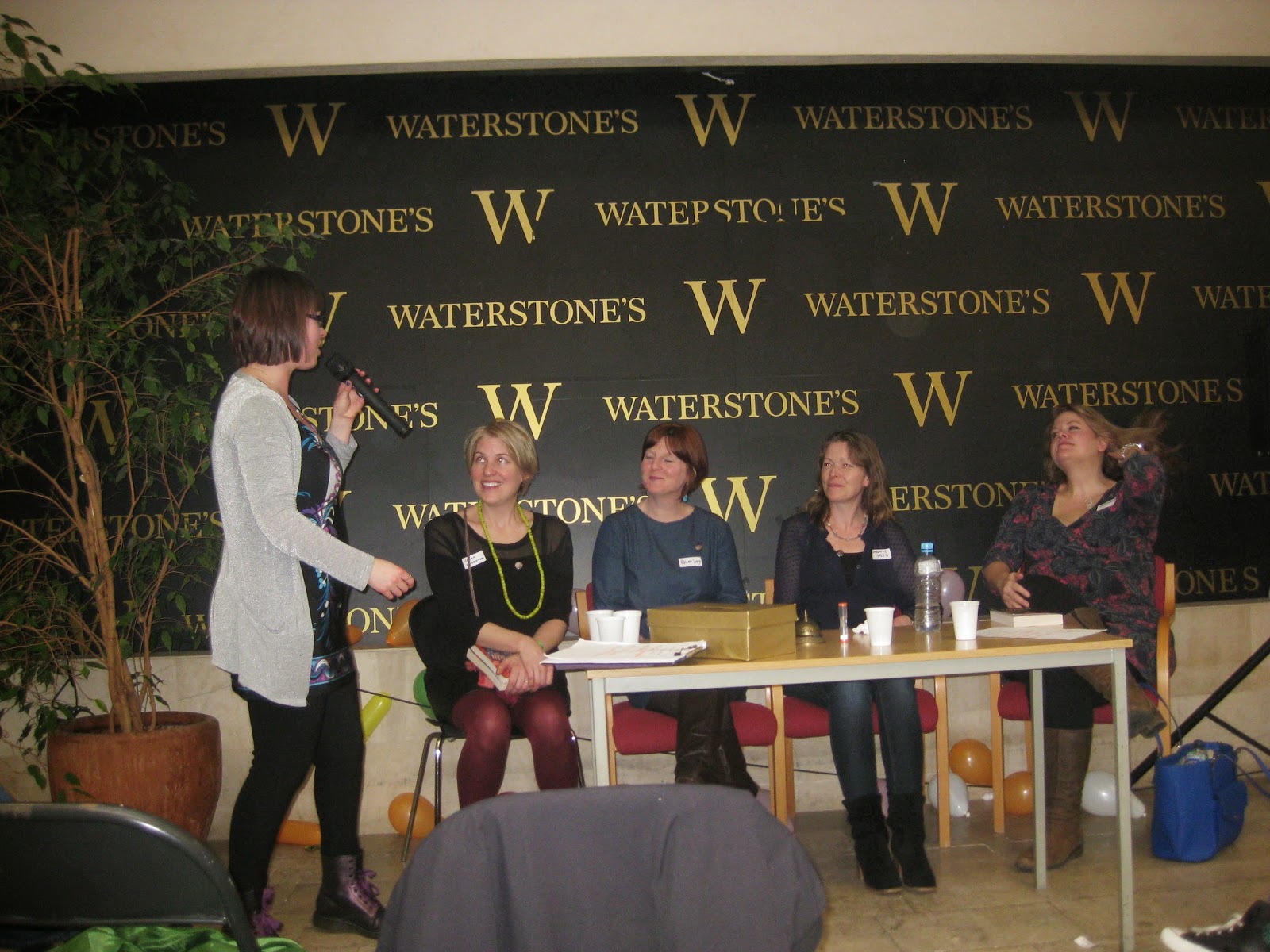 Pitch 'n' panel
After a break, the panel includes Rachel Ward, author of the YA Book I Have Wanted To Read From The Moment I Heard About It And Still Haven't Read Yet. That's not actually its name though - it is Numbers, the story of a girl with the disturbing gift of looking into people's eyes and being able to see their death dates. Talking about her contemporary novel, The Drowning - about a ghost who haunts through the medium of water she says, "it scared me so much that I haven't been swimming since I started writing it." The sequel Water Born is out now. 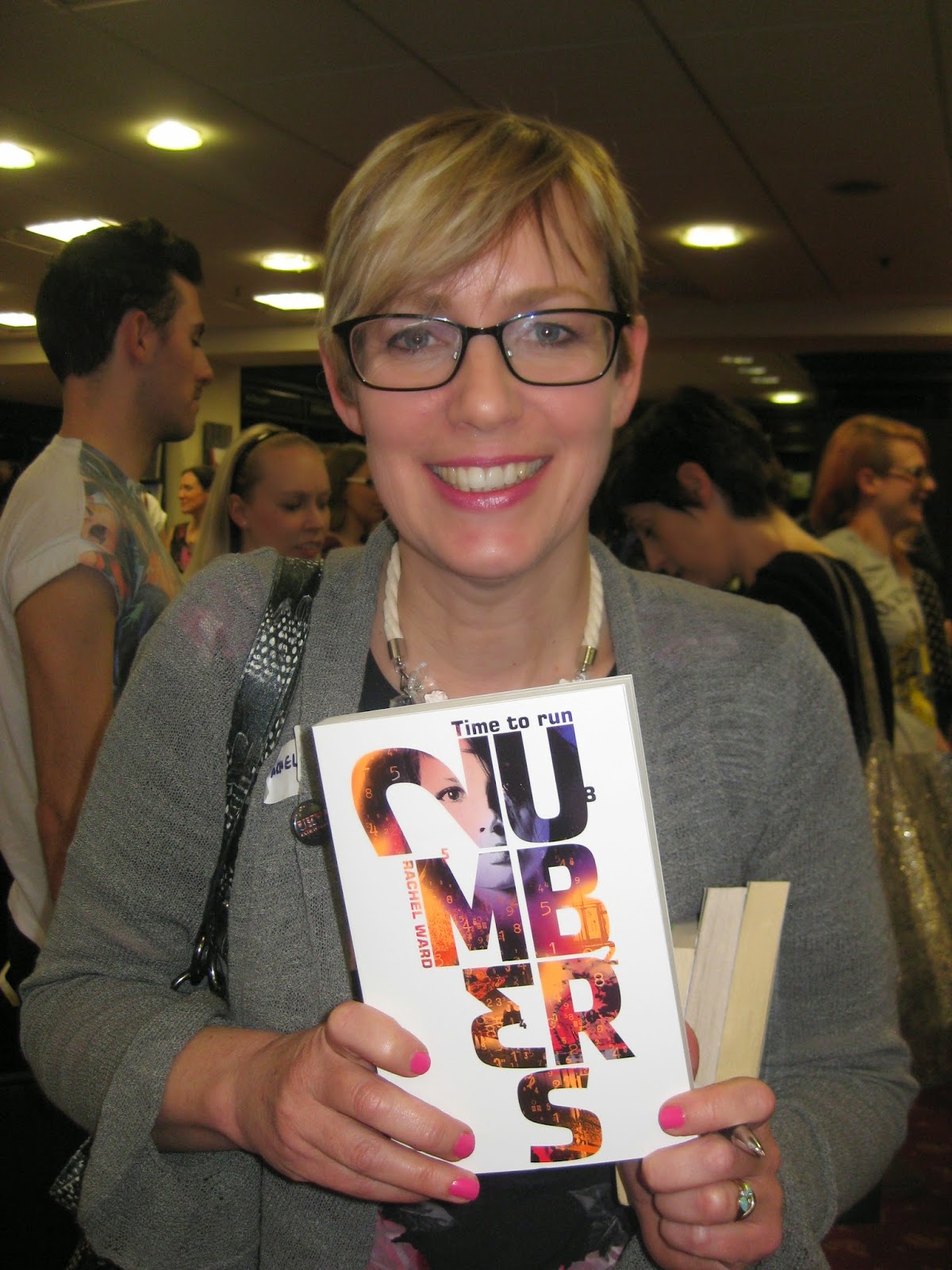 Rachel Ward
As a grand finale (and after lots of fab authors I haven't got space to mention) wonderful organisers Kerry Drewery and Emma Pass finally get a chance to pitch their own books! Kerry's book A Dream of Lights tells the harrowing tale of a girl in a North Korean prisoner camp. "I was inspired by the strength of the people," she says. "Although I haven't been to North Korea as visitors are under permanent escort and not given a glimpse into the realities of life there, to me it doesn't matter. As a writer, whether it's science fiction or historical, these are all uncharted territories that we can research and empathise with without actually visiting."
Emma's dystopian police thriller Acid  was written, she says, in 1000 words a day in her pyjamas. 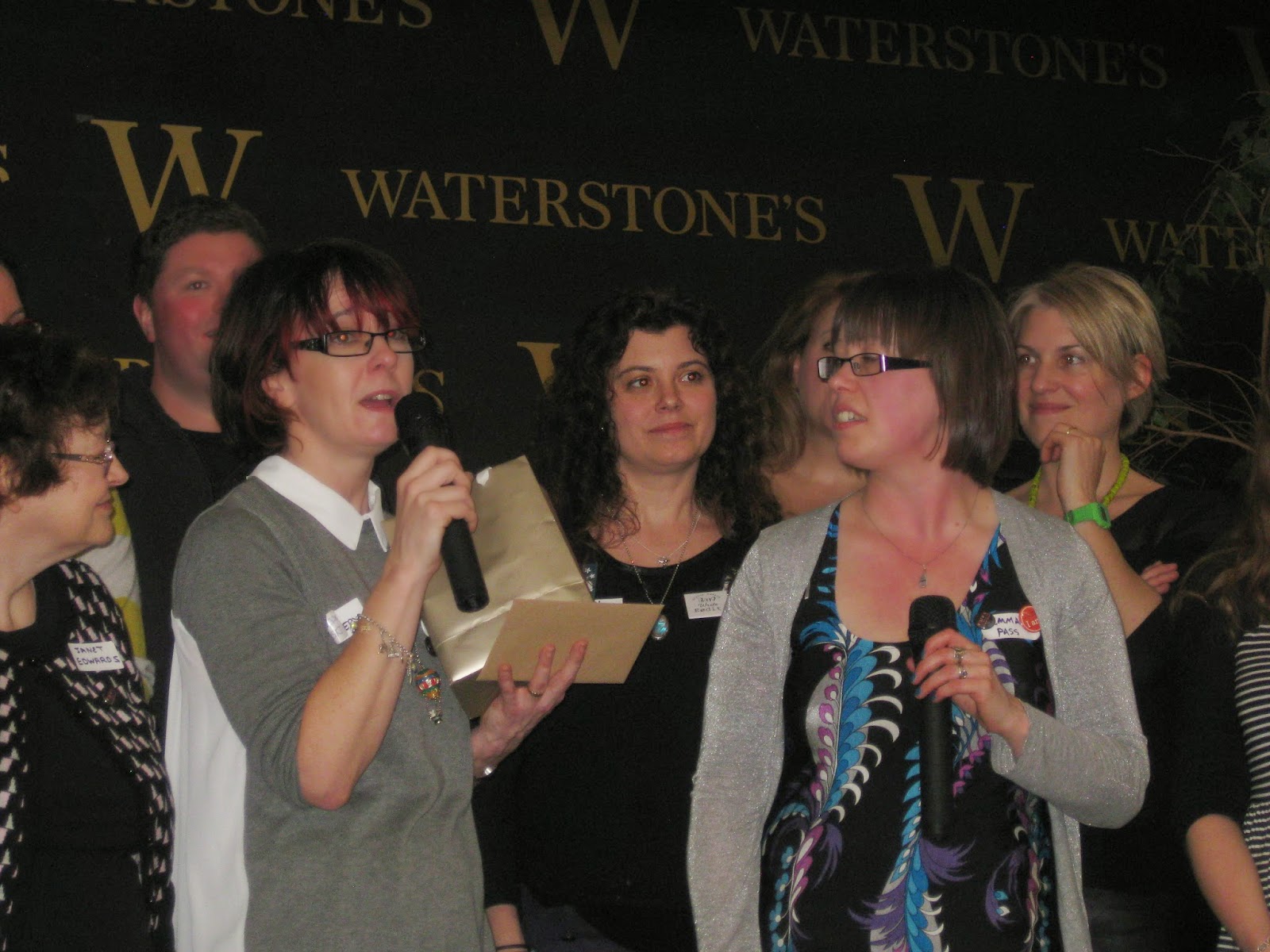 Kerry Drewery and Emma Pass, Organisers Extraordinaire
So, what it at all stressful, organising such a big event with so many authors?
"It started with only four or five people," Emma and Kerry tell us. "Then it became thirty-five! It totally snow-balled, but in a good way." 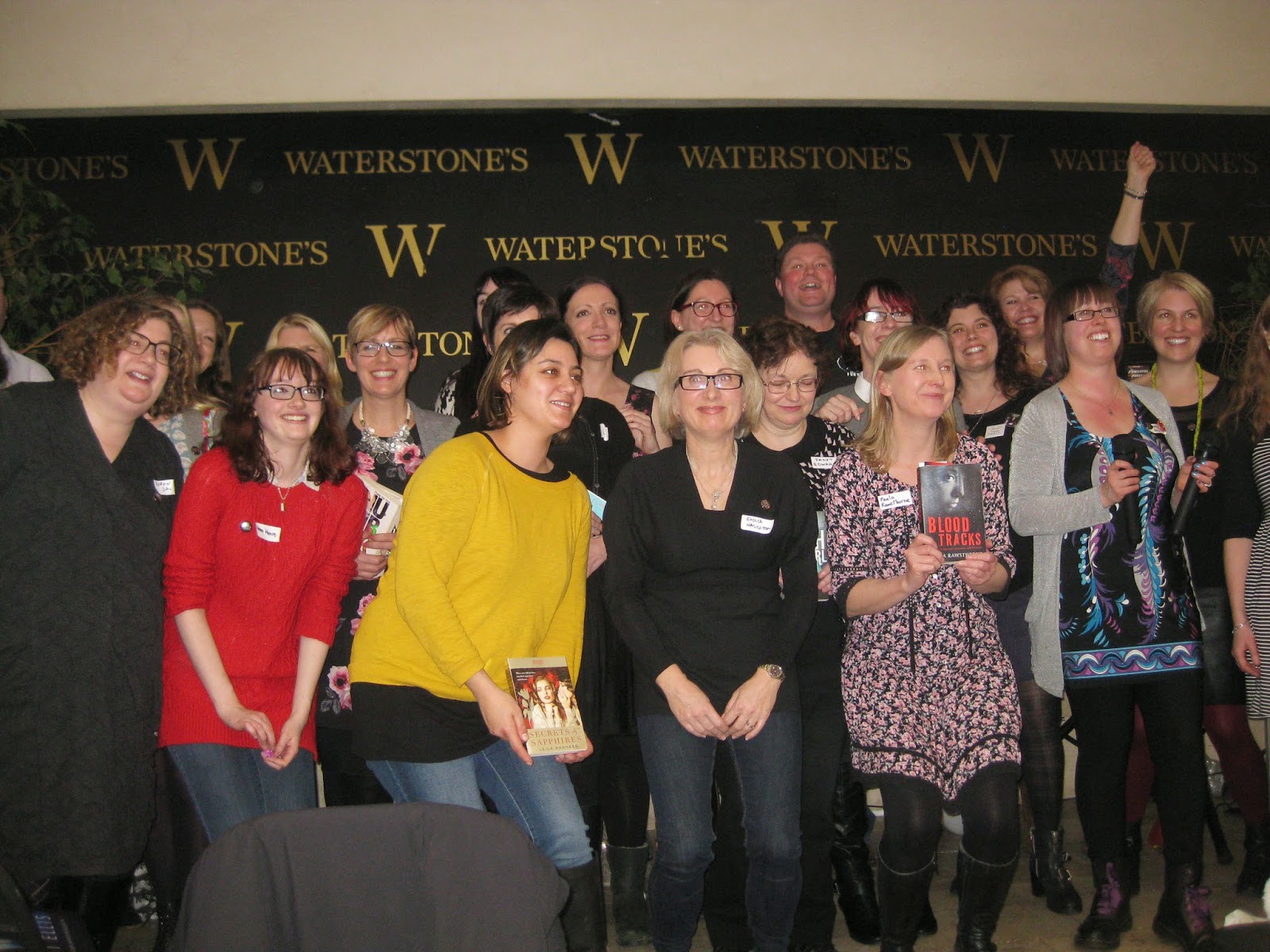 How do you squeeze 35 YA authors into one photo?
A wonderful afternoon, with a great bookish buzz.
As a teacher, it's lovely to see so many teens giving up their time to grab the latest reads and autograph-hunt.
Here's to the next UKYA Extravaganza! 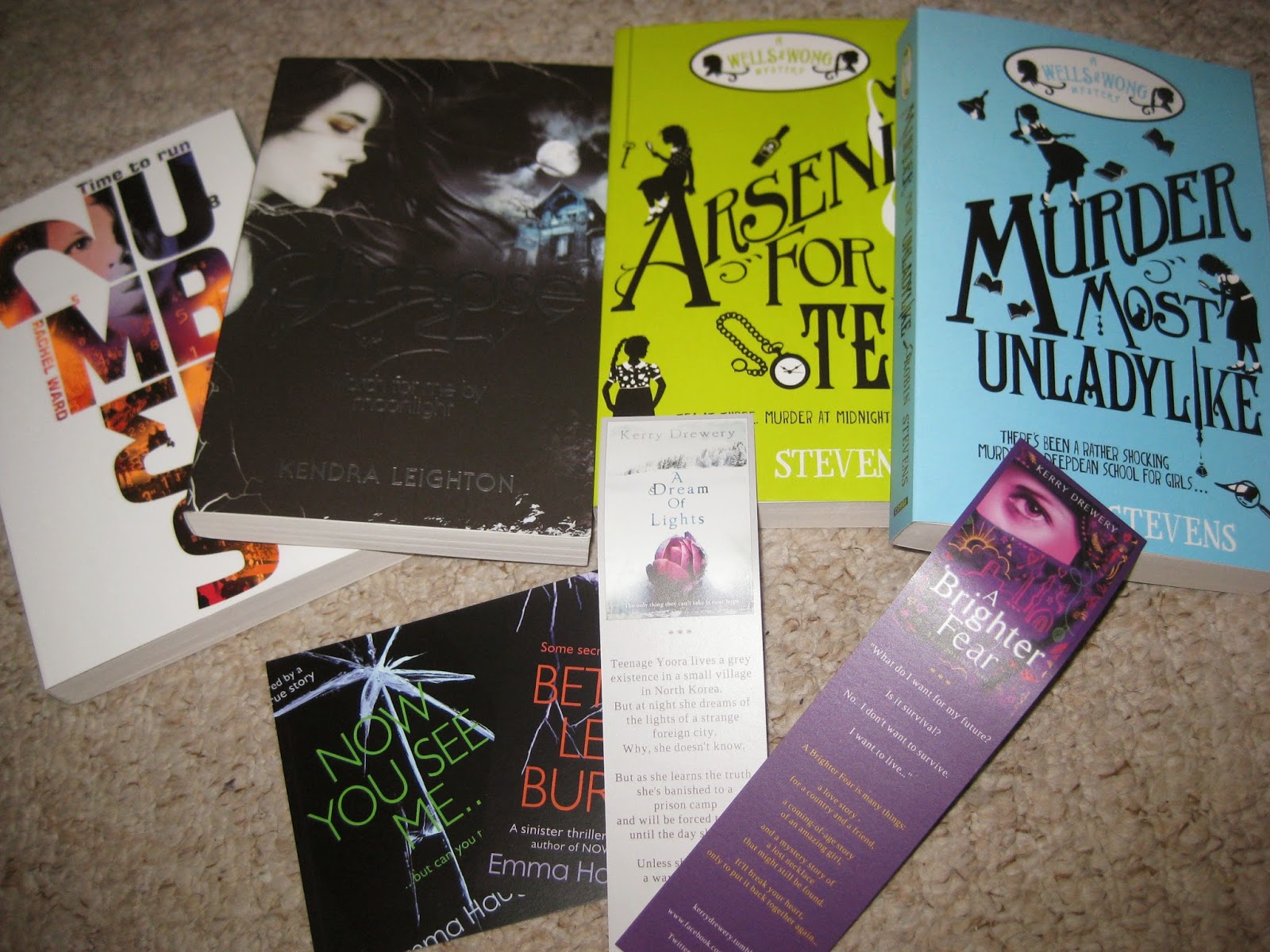 My stash of goodies. Which to read first..?